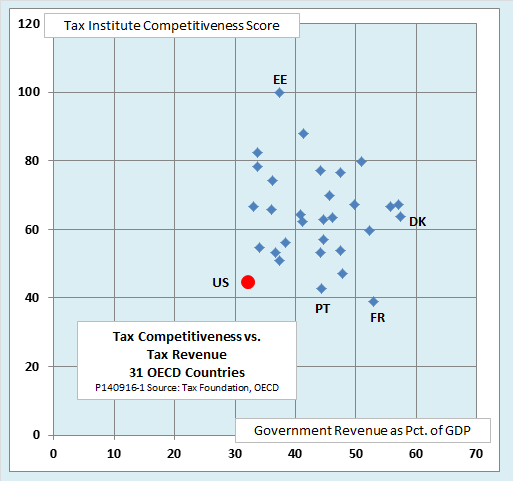 Think about it. It is not surprising that the corporate citizens of France view their country’s tax system as burdensome. After all, France has to feed a huge government sector that swallows up revenue equal to 53 percent of GDP, and still runs a budget deficit of more than 3 percent. Yet the US tax system manages to be nearly as uncompetitive as that of France while raising 40 percent less revenue.

Or compare the United States to Denmark, whose government collects the most revenue of any of its OECD peers—57.4 percent of GDP. You would think such a massive tax take would render Denmark radically uncompetitive, but instead, its Tax Institute score is 43 percent higher than that of the United States, close to the OECD average.