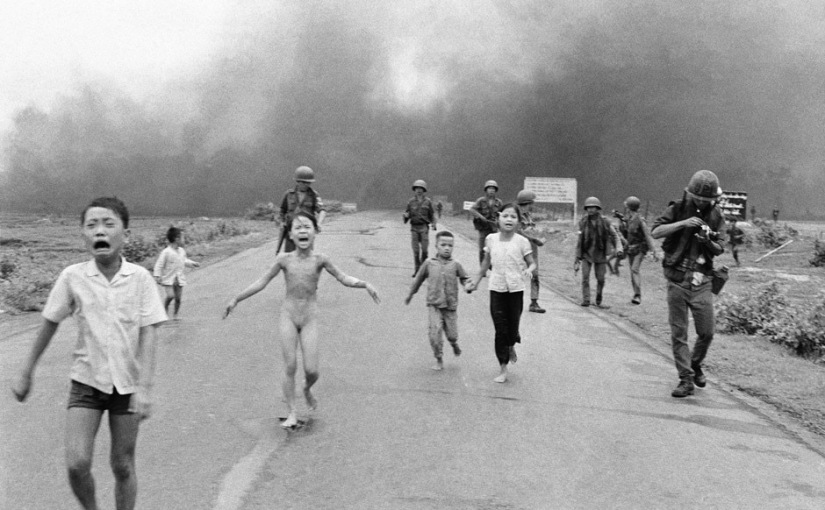 Rembering a brother and one of the most iconic photograph of the century :

“My brother, very good photographer,” Ut says, stepping away from where he shot his most famous photo. “I really love him. Every time he came back from assignments and showed the pictures, people die, the war. He showed his wife, he showed me. He was very angry. He said one day he was going to take a picture that would stop the war. But he never did. When he died, I heard his words in my ear. When I took the picture of Kim Phuc, I told my brother: ‘I have it for you.’”