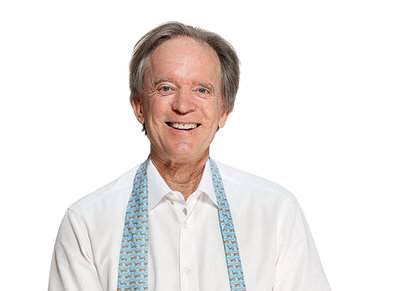 Sorkin: I have to know: Why do you wear your tie like that?

Gross: I came down here to Orange County in ’71 from L.A., and Pimco had this brand-new, beautiful building, but they didn’t have a gym or showers. I was an exercise nut. At noon, I’d change in the bathroom and then run for about five miles. Since there wasn’t a shower, I’d towel off as best I could, but I’d be sweating and hot for an hour or two. So in the afternoon, I began to just not tie my tie. Then a year or two later, I said: “Well, what the hell, I guess I’m not tying it in the afternoon, I’ll just not tie it in the morning either.”