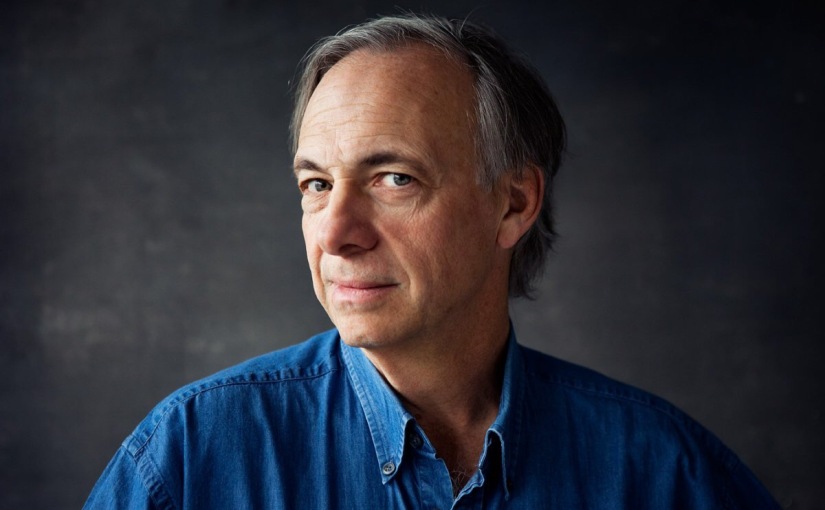 “In any given market, Bridgewater may have a dozen or more different indicators. However, even when most or all of the indicators are pointing in a certain direction, Dalio doesn’t rely solely on software. Unless he and Jensen and Prince agree that a certain trade makes sense, the firm doesn’t make it. While this inevitably introduces an element of human judgment to the investment process, Dalio insists it is still driven by the rules-based framework he has built up over thirty years. “When I’m thinking, ‘What is going on today?,’ I also need to make the connection to ‘How does what is happening today fit into our framework for making this decision?’ ’’ he said. Ultimately, he says, it is the commitment to systematic analysis and systematic investment that distinguishes Bridgewater from other hedge funds. “I hear a lot of people describing what’s happening today without the proper historical context and without the framework of how the machine works,” he says.”

The New York Magazine on the culture of Bridgewater :

The path to Principles began early in Bridgewater’s history, when Dalio began to think that employees, like economies, could be understood as following patterns. Transcendental Meditation informed his belief that a person’s main obstacle to improvement was his own fragile ego; at his firm, he would make constant, unvarnished criticism the norm, until critiques weren’t taken personally and no one held back a good idea for fear of being wrong. Dalio’s chosen investment system depended on such behavior. Unlike at a hedge fund such as Steven Cohen’s SAC Capital, where star traders are given chunks of the firm’s capital to run quasi-independent desks (and offset each other’s losses), everyone at Bridgewater essentially contributes to the same strategy as they work under Dalio and his longtime confidants and co-CIOs Bob Prince and Greg Jensen. Dalio thought radical transparency could optimize the hive mind. “The culture makes you have to listen to other people,” says Giselle Wagner, a former Bridgewater chief operating officer.