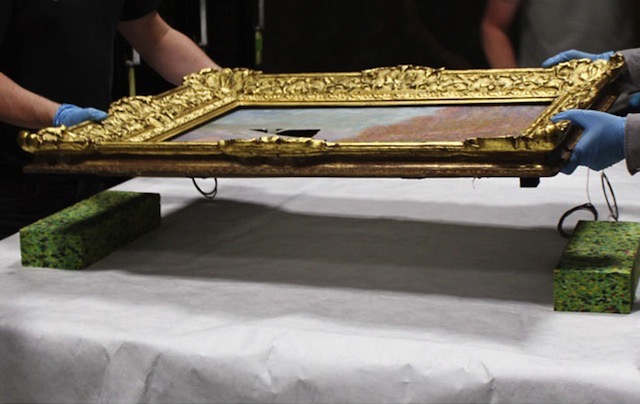 Conservators are probably the closest thing the art world has to surgeons. With care and precision, they repair wounds caused by old age, negligence, and, every once in a while, crazed attackers — as happened in 2012 to Claude Monet’s “Argenteuil Basin with a Single Sailboat.” Painted in 1874, it was punched by an angry madman as it hung in Ireland’s National Gallery.

The team tasked with repairing the artwork had their work cut out for them. The assailant had left a massive triangular tear in the middle of the canvas, and some of the paint had been so badly pulverized that it couldn’t be reattached. Over the course of two years, conservators worked carefully to repair the painting and restore it to its original condition. A true labor of love [abridged].